Singers Davido and Runtown have called on President Buhari to immediately resign following the attack on #EndSARS protesters at the Lekki tollgate on Tuesday night, October 20.

Several persons have reportedly been killed after security agents allegedly opened fire at the protesters. Many others sustained injuries.

See Davido and Runtown’s reactions as posted on their social media handles below. 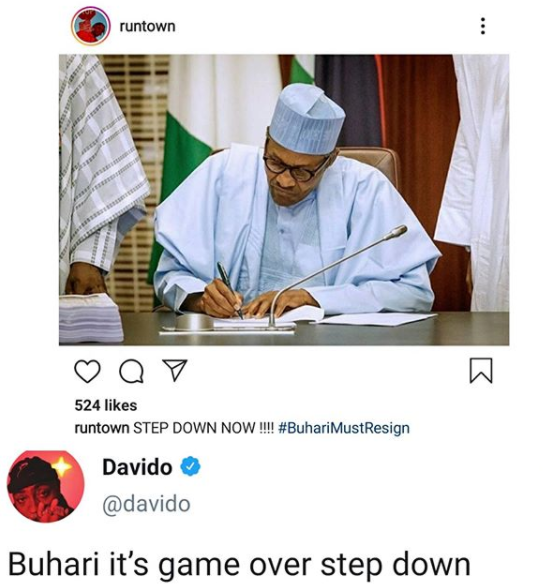