Nollywood actress Anita Joseph has been seriously slammed by some netizens after she criticized Akuapem Poloo for posting nude photos with her son.

Anita Joseph posted on her Instagram page condemning the actions of Akuapem Poloo claiming she was wrong to have posed n@ked in front of her son.

Some netizens who felt Anita Joseph was the last person to criticize Akuapem Poloo as she has done worst than Poloo slammed her.

According to them, what she did some time ago is even worst that Akuapem Poloo posing n@ked in front of her son therefore she needs not criticize her.

Others also expressed how disappointed they were in her for posting Akuapem Poloo’s photo on her Instagram page as they claim their respect for her is gone.

See the screenshot below:- 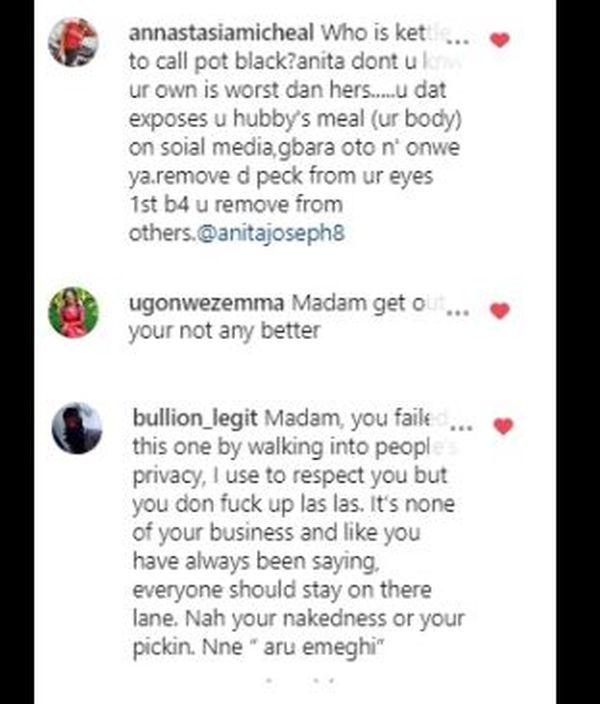 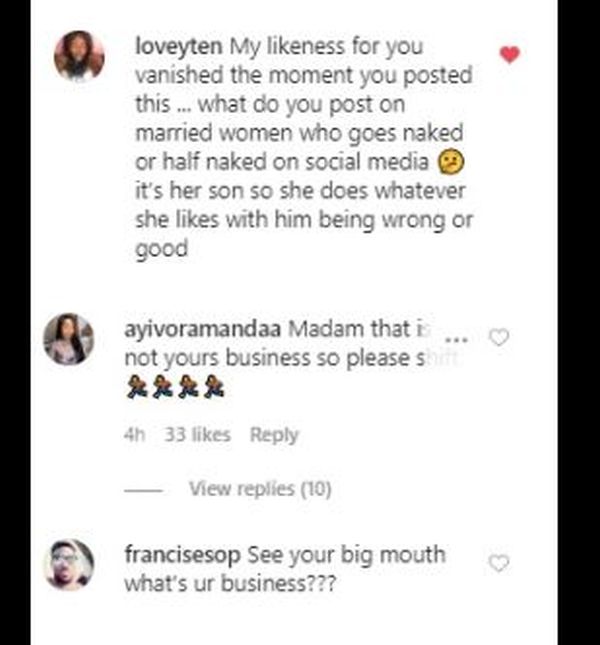