Uti Nwachukwu has taken another step further in clearing his name of any rape allegation.

The reality star has shared that he has filed a petition to the police over the rape allegations that were levied against him.

Uti was accused for rape by one Kambili Korie as she also pointed out that the model is also a bisexual man.

Sharing a photo of the petition, he wrote in part: “I have today, June 5th 2020 filed a petition to the Inspector General of Police, demanding a full-scale investigation…” 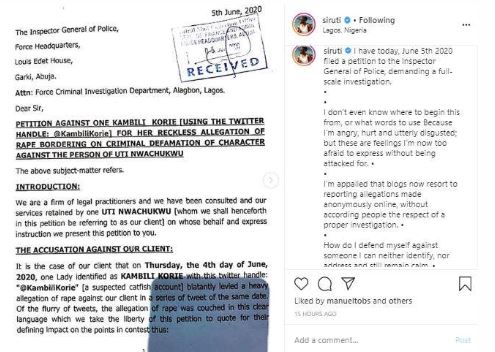 I'm a unique blogger,always wanting to know more so as to balance my intelligence and that of the society at large