A user of popular microblogging site, Twitter has just taken to the platform to reveal what a hand sanitizer did to his car after leaving it inside the car.

The Twitter user with display name RayRay and user ID @RaymondMuzembe took to the platform to advise people against the mistake of leaving their hand sanitizers inside a hot car.

According to him, he left the sanitizer inside the hot vehicle and the result turned out to be bad.

The reason actually for the explode is because, sanitizers are highly flammable and at risk of exploding under certain conditions and the user noted that especially the pump type sanitizers. 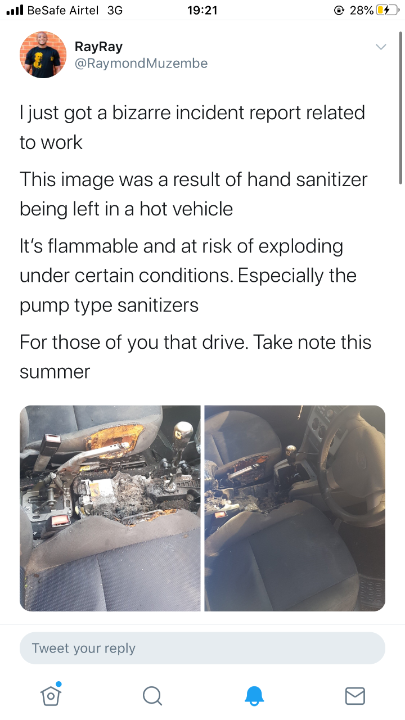 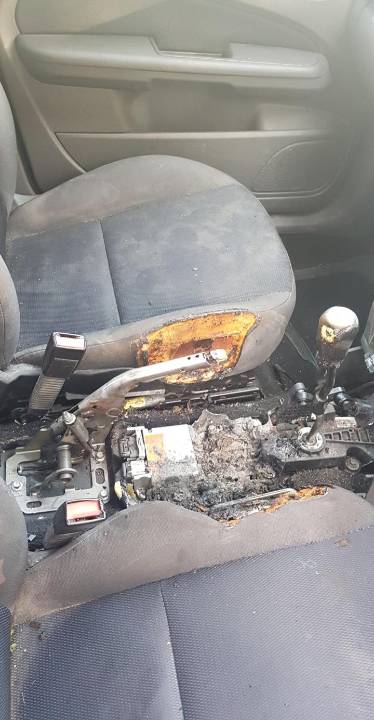 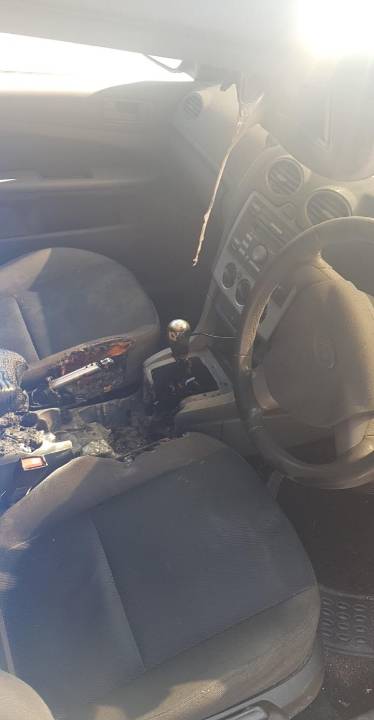